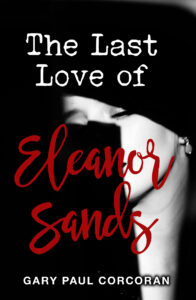 A young rebel. A beautiful, brilliant and vivacious college professor.
A star-crossed tale of love, betrayal and ultimate redemption.

The Last Love of Eleanor Sands begins when Roger, as a boy of fourteen, meets Eleanor at his eldest brother’s wedding. Serendipitously, Eleanor and Roger cross paths again two years later, and again two years hence, Roger further swept away by this enchanting older woman with every encounter, but never quite able to summon the requisite courage to confess his true desires.

Fast forward another two years and Roger is now a confident young man, returning from his vagabond adventures and determined to fulfill his long-suppressed passions. Fortuitously, he finds that Eleanor is recently divorced and a torrid romance ensues, with Eleanor playing the exotic courtesan to Roger’s errant prince, their love affair animated by a timeless kinship of spirit, a kinship, it would seem, that nothing could ever tear asunder.

Inescapably, though, the instincts of nature take hold and Roger abandons Eleanor for a younger woman, only to be frustrated in his efforts to replicate the magic they had once shared. And thus drawn back repeatedly to the sanctuary of Eleanor’s intelligence and worldly counsel, he renders his young lover an unwitting participant in this secretive ménage à trois, a deception that, when revealed, leads to tragic consequences for all concerned.

Perhaps such love affairs are forever destined to be undone by the vagaries of time, but in this bittersweet tale, Eleanor and Roger find themselves lasting soulmates, something that not even time itself can steal from their hearts.

‘Charming, hilarious and heartbreaking in equal measures…’ critics say of The Last Love of Eleanor Sands. ‘…for those who find themselves intrigued by the thought of a cross generation romance, look no further’.