So You Want To Be A Writer

Long ago and faraway, as I was preparing to sit down and write my first novel, I received some sage advice from an old man and fellow writer, who was at once a bit wise and a bit of a wise ass. I had recently moved to this small town along the Puget Sound, hard up against the Canadian border, and had informed this gentleman of my intentions over a cup of coffee.

I wanted to slap him.

But then he waxed serious and told me two things that I have never forgotten.

Write what you are enthusiastic about.

And stay out of your head, just tell the story.

In fact, I had been struggling for over a week with where to start and knew exactly what I wanted to write about upon hearing his advice. I had been incarcerated in a Mexican prison for smuggling as a young man and invariably over the years, everyone had wanted to know what was that like.
Okay. So I a story to tell. Now what to make of his dictum, ‘stay out of your head’? How do you stay out of your head when you need your head to write a story???

Mind you, this was back in the day when people still used typewriters, so picture me working away at what I thought was some great prose one day and literally wadding up sheets of paper and throwing them in the trash the next morning. It took me a few weeks to recognize the problem and apply that old man’s advice.

When I simply told the story, it always rang true the next morning. Whenever I went off on these holier than thou diatribes, it stunk to high heaven.
Here’s one example of what worked.

In that year, I was living in a cheap motel, in a beach town that had seen better days. The motel had seen better days. It was constructed of mudstone blocks that had been painted a milky chocolate brown and was surrounded by a sea of concrete that had been painted a blood red color. I don’t know that red and brown had ever gone together all that well, but this iteration was definitely not one of them.

Every Friday afternoon after work, I would stop by the manager’s outside window to pay my rent and find myself stealing glances at the nearby potted Bird of Paradise while waiting for my receipt. People used the pot as an ashtray so it was always overflowing with cigarette butts. The leaves were dry and dusty looking. It appeared that the plant hadn’t been watered for years.
With receipt in hand, I would hurry back up to my room, the image of those cigarette butts dogging me all the way. When your life was edging ever closer to the gutter, it was little things like that that could leave you lying awake at night and staring at the ceiling.

As hopefully you can see, I have let the circumstances speak for the themselves. Yes, there is a hint of the narrator’s thoughts at the end. Every story has to have a narrator, but overall, the setting has told you everything you needed to know. Without me saying a word, a blind man would know that this man is down on his luck.

So, hopefully in your work, you can find what you’re enthusiastic about. There’s no point in writing if your heart’s not really into it.

And hopefully my brief lesson here will help steer you in the right direction. When you simply tell a story, with all the gritty little details, you will never go astray as a writer. 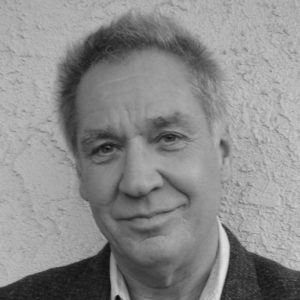